Narrow your results by:

Correspondence, notes, and printed material largely relating to W. Aldis Wright's work as Secretary of the Old Testament Revision Company. Includes correspondence from C. F. Clay, William F. Moulton, Bartholomew Price, T. H. Stokoe, Richard Wright, J. Troutbeck and others, along with several copies/drafts of letters by W. Aldis Wright. Notes by T. K. Cheyne, George Chawner, John Birrell, D. H. Weir and others. Includes material on use by others of the Revised Version, such as a request from [Charles Goldschmidt?] Montefiore, and on the disposition of surplus money given to the Old and New Testament Revision Companies [see also Add.MS.b.65].

Notes, correspondence and printed material largely relating to W. Aldis Wright's work as Secretary of the Old Testament Revision Company. Includes letters from: Bartholomew Price; the Bishop of St David's [Basil Jones]; the Bishop of Llandaff [Alfred Ollivant], two Bishops of Winchester [Harold Browne and Samuel Wilberforce) and the Bishop of St Andrew's, Dunkeld and Dunblane [Charles Wordsworth]. Draft letters from Wright to R. A. [?] Massie and the editor of the Rock. Printed correspondence, members lists etc of the Old and New Testament Revision Companies. Notes on the Psalms, the Athanasian Creed, 'The Rephaim and other giant races of Scripture' [no 44] etc.

Also present: what purports to be a frontispiece to the Coverdale Bible of 1535, with an engraved portrait of Coverdale 'from a Drawing in the Possession of Dr Gifford' [from Erasmus Middleton's Biographia evangelica of 1816?] and a copy of 'Coverdale's Dedication' and 'Myles Coverdale unto the Christen Reader' [from Bagster's 1838 printing?]. A note in Philip Gaskell's hand judges the frontispiece to be 'slightly fishy: cd be a block printed on old paper'.

Letters, from both scholars and members of the public, regarding W. Aldis Wright's editions of Shakespeare (including collaborations with W. G. Clark) as well as notes on the texts and suggested emendations. Some letters with no addressee may have been written to W. G. Clark. Correspondents include E. B. Cowell, F. J. Furnivall, C. M. Ingleby, H.A.J. Munro, W. W. Skeat, Duncan Tovey, and the 8th Duke of Devonshire. Some notes by Julius Lloyd and Lionel Booth.

Letters relating to W. Aldis Wright's editions of Shakespeare (including collaborations with W. G. Clark) as well as notes on the texts and suggested emendations. Some letters addressed to W. G. Clark; several letters with no addressee may have originally been directed to him). Many letters from C. M. Ingleby and Brinsley Nicholson. A leather book binding, separated from its contents and in three pieces, is in the box [pencil note on inside front cover reads 'Add.MS.b.58 69-217]; the spine is stamped 'Shakespeare. Dyce 8', perhaps suggesting that some of the notes are by Alexander Dyce.

Royal Observatory Greenwich - GA sends WW two papers including his piece on Cambridge Planetary errors. Main has been trying to correct the elements of Venus from them, but the errors come out so oddly as to make GA suspect that there is some error of theory.

Untitled elegy in 22 five line stanzas dated at Hallsteads, near Ullswater in the Lake District, November 1845. Accompanied by a letter from Julia's son Charles A. Elliott to [his cousin?] Stephen [Spring-Rice?] dated 10 Feb. [1862?] from Wressil Lodge, Wimbledon Common, returning the poem, as well as another poem and letter which are no longer present.

Diary entries and accounts kept by a student in his last year at Trinity College, Cambridge in a printed diary for 1753 altered to the later date the diary started in February 1755 and continuing on through the beginning of February 1756 when Hebbes left Trinity for Kensington. Hebbes records academic activities: declaiming in Chapel, presenting an epistle to the Master of Trinity Dr Smith, and paying the Moderator's man for huddling before being examined by Mr Howkins, and then by two moderators, and four fathers in the 'theatre'. His accounts record purchases of food, a subscription to Dockrell's Coffee House, and a variety of miscellaneous items: a new wig, repairs to his watch, Christmas boxes, as well as expenses relating to trips to London, Saffron Walden, Royston, Chesterton, and Stourbridge Fair. He records money won and lost at cards and bowls, and money given to the poor. He mentions selling books, makes payments to the Junior Proctor, Beadle, Head Lecturer and Senior Bursar, and buys a bachelor's gown, and wine and port for the 'Batchelor's table' before taking his degree. The diary also appears to have been used for handwriting practice by Ellen Hebbes and possibly other Hebbes children.

Arthur Munby: poems about and postcards to Hannah Cullwick

Twenty-two poems in Arthur Munby's hand, written to and about his wife Hannah Cullwick, with 4 postcards sent to her by Munby, and two newscuttings about their relationship.

There are twenty complete poems and two fragments in Munby's hand, fair copies evidently meant for presentation to Hannah, with a few carrying his emendations. Sixteen of the poems are dated, from 19 August 1882 (Munby's 54th birthday) to Christmas 1900. Poems include "To my Hannah, Christmas 1884"; "A servant-wife", Feb. 1886; "Weerin o Glooves", one of two complete dialect poems, this dated 18 Feb. 1887; "Bonne à toute faire", a poem of 60 stanzas dated 29 Jan. 1888; "Ann Lee", another dialect poem dated 16 Feb. 1888; "De haut en bas", a poem of 51 stanzas dated 27 Feb. 1888; "In our Cottage", a sonnet dated 16 Dec. 1895; "To my Hannah for her 65th Birthday"; "For Hannah, New Year 1901" with a pencilled note that the poem refers to her as Hannah Lee 'cause Cullwick winna rime'; an untitled poem of 160 lines written in ink and in pencil, with each of the 40 stanzas ending 'My Hannah'; an untitled poem in 14 stanzas with 3 stanzas written at the end under the heading 'Left out'; and an untitled sonnet beginning 'Others may scorn thy rough laborious life'.

The four postcards are written in French in Arthur Munby's hand, to "Chérie" and signed "M", and are dated 1886-1890. The first two postcards are addressed to Hannah Munby at Charles Gibbs's in Brearly and G. Gibbs in Wolverhampton, and two from Feb. and Nov. 1890 are to Hannah at Hadley. Munby asks for news, is pleased she likes his gifts, urges her to take care of her health, rejects her protest that she has nothing to write about and asks her to describe her work, and reflects on the difference between a lady and a servant, writing 'mais moi, c'est toujours ma servante que j'aime, et qui est ma femme aussi'.

Accompanied by two newscuttings, one from News of the World, [1910] headed "Poet's Romance. Wife Who Would Not Be a Lady. Rich Man's Visits to Humble Cottage", and another from the Cambridge Daily News 14 Jan. 1950 headed "Trinity's 40-Years-Old Mystery Box" about opening the Munby papers after 40 years. 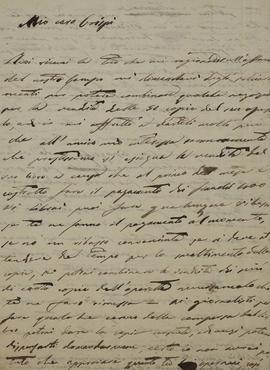 Notes and sale catalogue cuttings relating to B33/1

Photographs of Robert Torrens and his wife